At Armed with the Arts Inc, we promote peace and understanding through the arts. Our primary activity is The Peace Crane Project. We invite every child in the world to fold an origami crane, write messages of peace on its wings, then through us, trade their crane with another child somewhere in the world. To facilitate this program, we provide a newsletter, learning materials including instructional videos and guides, and manage a list of community groups and schools interested in participating.

Each child participant strengthens their hand-eye coordination, practices their writing and penmanship skills, gains a better understanding of geography and another country, makes global connections, is exposed to new languages, new customs, and comes away with a broader understanding of the world.

We look forward to having you join us on our quest to empower youth to make a difference. Please sign up here.

It all began at a dinner party shortly after the heinous shootings at Sandy Hook Elementary School.  As we debated at the dinner table why nothing was ever done and when “they” were going to come up with solutions, it occurred to me that maybe “they” were not the answer. The answer might just be in each of us.

As a former Disney animator and longtime author and illustrator of books for children, I began to wonder how people like me could move beyond entertainment to guide the world’s youth towards a conversation about peace, community, harmony, and connectedness.

As I mulled the possibilities on Facebook, the discussion caught the eye of Deborah Moldow, the chair of the United Nations Peace Day NGO. Deborah asked if I could create a project for Peace Day. This was the beginning. Soon, my Peace Crane Project took flight.

Since launching the Peace Crane Project in late 2012, my goal to arm our children with the skills to express themselves creatively, and connect them to one another through the arts has been met with astounding enthusiasm and support around the world.

The United Nations Peace Day team has been incredibly generous in their support and encouragement. Rubia Braun, a friend and fellow creative, has been instrumental as well, producing a series of global videos to capture the essence of the Project. Our incredibly generous and capable Board of Directors and Advisors now help to keep the cranes in flight.

But, at its core, is all of you. The teachers, parents, and community leaders that have joined in, one by one, have come together in ways I could never have imagined, to make the Project their own and build a more harmonious world of tomorrow.

Millions of children, from 154 countries, have now participated. The students engage and communicate with one another every day of the year, often building on the network I have created, and bringing a new level of compassion, appreciation, and understanding to their communities.

In addition to overseeing the Project, I have recently written a book with Masahiro Sasaki, Sadako Sasaki’s older brother, to bring you her complete story as Masahiro remembers it. Masahiro was four, and Sadako was two years old when the bomb was dropped on their hometown of Hiroshima at the end of WWII. Sadako’s quest to fold 1,000 cranes in hopes her wishes would come true made the act of crane folding a symbol of peace around the world. You can read more about the book and learn more about Masahiro here. Profits from the book will be used to support the Peace Crane Project and the Sadako Legacy NPO.

Thanks for joining me on this incredible adventure. 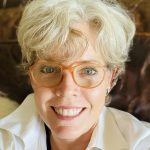 Sue DiCiccoFounder and President
Sue is a former Disney animator and longtime author/illustrator of books for children. You can read more about Sue here: https://en.wikipedia.org/wiki/Sue_DiCicco 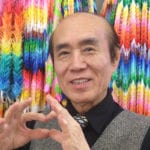 Masahiro Sasaki Honored Advisor
Masahiro, older brother of Sadako Sasaki and survivor of the atomic bombing of Hiroshima is an active advocate for peace and founder of the Sadako Legacy NPO. 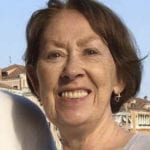 Marge MacDonaldSecretary
Marge is a retired Human Resources executive of the Polaroid Corporation with 24 years’ experience in their US and international operations. In addition, she has served on the boards of three non-profit organizations devoted to personal and community growth. 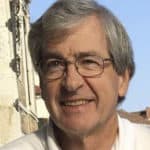 Doug MacDonaldTreasurer
Doug is a former CPA and retired financial executive from the high-tech sector. He is a US Army veteran and has Degrees in Mechanical Engineering and Public Accounting. Doug has also served as treasurer and executive director of several non-profit organizations, including the Windstar Foundation. He currently serves on the Financial Advisory Board of his home town in Colorado.